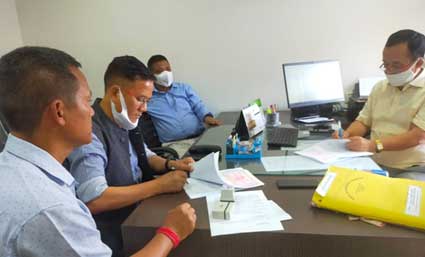 ITANAGAR, 23 Sep: The Hydro Power Development Corporation of Arunachal Pradesh Limited (HPDCAPL) has signed a power purchase agreement (PPA) with the state’s power department for the 2×1.5 mw Sumbachu SHP, which was commissioned in January 2020.

The PPA was signed by HPDCAPL Chairman Toko Onuj and Power Department Chief Engineer (Commercial) Gyati Hinda in the presence of senior officials of the HPDCAPL and the power department.

The HPDCAPL, a state government enterprise, was incorporated in 2006 as the sole corporate entity of the government in the field of hydropower generation.

In a press release, the HPDCAPL informed that “49 mw of hydropower is in pipeline for early commissioning, which, if completed, will become a major revenue-generating avenue for the HPDCAPL and the state government.”