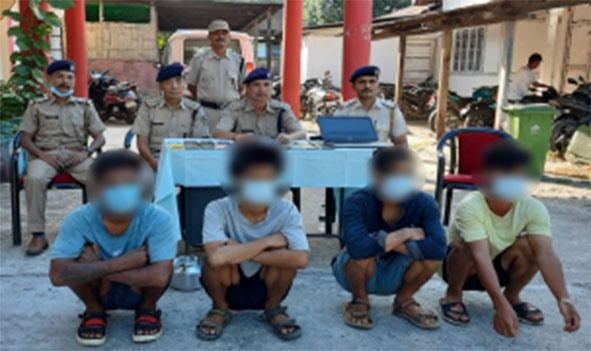 PASIGHAT, 25 Sep: The police here in East Siang district have busted a gang of thieves involved in stealing and snatching mobile phones.

The arrests were made based on intelligence about a drug addict who had been released on bail attempting to sell a stolen mobile phone at a shop.

Ninnong Doming (19), of Kapang Doming village, and Arun Lama (22), of Suman Lama village, were arrested in this connection and 21 mobile phones, including an iPhone, and a laptop were recovered from their possession.

The investigation of the case was carried out by SIs Aditya Chandra, Kari Pertin and SO Machey, under the supervision of Pasighat PS OC Otu Gao and DSP Tapang Tatak.

The police said that they would circulate the list of the recovered items on Facebook, so that the owners with valid documents may contact the OC to claim their phones and laptop.