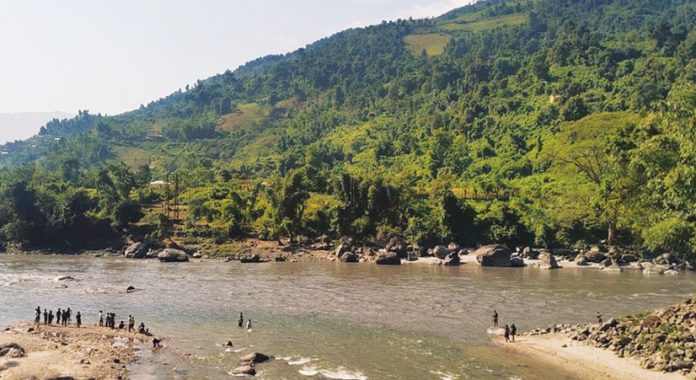 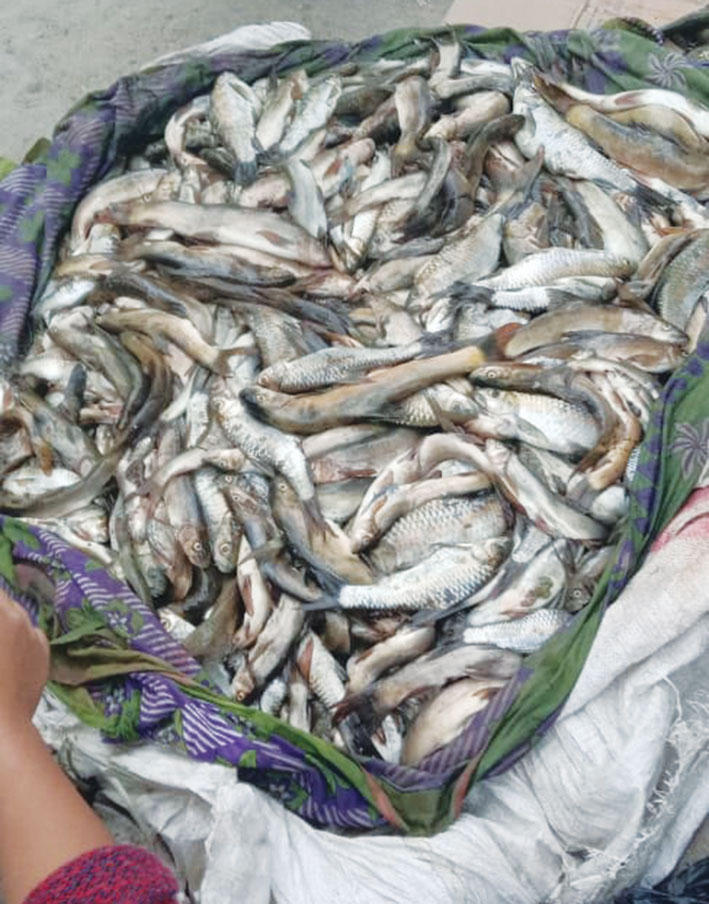 ITANAGAR, 29 Oct: Tonnes of fishes and other aquatic lives were found either floating in the Kameng river or jumping out onto its banks in East Kameng district on Friday, reportedly because of high total dissolved solids (TDS) level in the river.

Sources informed that the first instance of fishes and aquatic lives jumping out of the river to the banks was reported at Marjangla, 45 kms from headquarters Seppa, on Thursday evening. They said that the unusual behaviour of the fishes followed just after the river’s water turned turbid at Marjangla.

Initially, it was reported that the fishes were found dead, but residents who caught the fishes denied seeing any dead fish.

It is said that during sibik (the local term for flood), which causes en masse death of fishes and aquatic lives, fishes are found dead and washed off to the riverbanks. However, this time, reportedly, no dead fish was found.

“Around 10:30 pm, lots of logs and debris were seen flowing down the Kameng river. After that, a huge amount of white foams could be seen, followed by large numbers of fishes jumping out to the riverbank,” said Rojo Weshi Sangno.

East Kameng District Fisheries Development Officer (DFDO) Hali Tajo informed that, after preliminary inquiry and test of fishes and water sample from the river, it was observed that the total dissolved solids (TDS) level of the Kameng river is around 6,800 mg/litre, which is much higher than normal.

“This hampers the mobility of the fishes and makes it difficult for them to inhale oxygen. When the TDS level of water is high, the dissolved oxygen level automatically drops down,” Tajo said.

He said that the turbidity level of the Kameng river is one of the reasons behind the deaths and unusual activity of fishes “as the river is full of muddy content at present.”

When asked about the possible reasons behind the river getting turbid, the DFDO said such instances occur when there are landslides or if a reservoir breaks down in the upper reaches of the river.

The report of the mass death of fishes caused panic among the residents in Seppa township, forcing the district administration to issue an advisory, asking the people to not venture into the river and not sell and consume dead fishes from the market as the reason behind the death of the fishes is yet to be ascertained.

In view of the incident, the Itanagar capital region DC has also issued a similar advisory/order. “Whoever consumes fishes in violation of this advisory/order shall be at their own risk and the administration shall not be responsible for any untoward incidents caused out of this current situation,” the advisory read.

Seppa Town Magistrate Pooza Sonam said, “The administration has so far managed to bring the panicky situation under control and necessary directives and advisories have been circulated, asking the people to stay away from venturing into the river.”

Sonam said that the reason behind the Kameng river turning suddenly turbid is yet to be ascertained, but that efforts are on to find out the reason.

“We will decide on the further course of action once the deputy commissioner is back in station,” she said.

Unverified sources informed that the turbidity originated from the Para river, one of the major tributaries of the Kameng river, in the upper reaches. It is speculated that a major landslide in the upper reaches could be the reason behind the unusual development.

It is also said that in the late 1960s, a similar unusual activity of fishes and aquatic lives occurred when there was a massive flood in the Para river in the upper area of the district.

‘Find out reason behind Kameng’s turbidity’

Meanwhile, Seppa East MLA Tapuk Taku has appealed to the state government to immediately constitute a fact-finding committee of experts to find out the specific reason behind the abrupt change in the colour of the Kameng river and the odd behaviour of the fishes in the river.

Speaking to this daily, Taku said that “the matter is very concerning as there is no specific conclusion as to why the river has turned suddenly dark, thereby killing tons of aquatic life.”

If the situation continues for more than a couple of days, it will totally erase the aquatic life in the Kameng river, he said.

The MLA speculated that the turbidity may have been caused by a landslide in the upper belt of the district.

“There may be many reasons for the situation that has been raised today. Therefore, the state government should immediately constitute a fact-finding committee to expedite the situation at the earliest,” Taku said.

He also appealed to the public of East Kameng to refrain from consuming or selling the fishes that have been brought from the river on Friday morning. “At the same time, people should avoid venturing to the riverside without any reason,” he added.

Taku left for Seppa on Friday to assess the situation.

Earlier on Friday morning, the Kameng river turned almost black, with dead fishes floating in it.