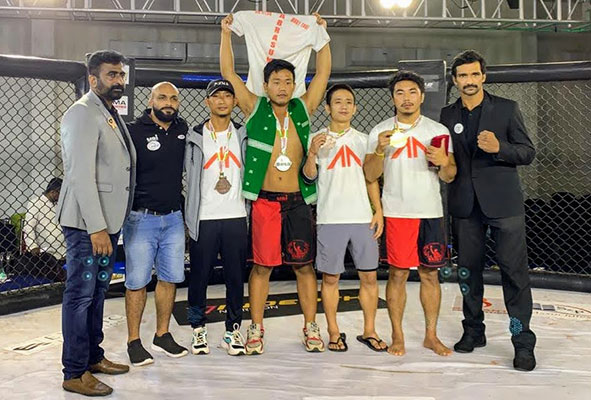 Singpho won the medal in striking MMA in the welterweight category in the championship, which was held in Bangalore on 29 and 30 October.

Arunachal also bagged one silver and two bronze medals in the championship.

While Yumter Taipodia won the silver medal in the welterweight category, Techi Karda Tara and Lomdik Tath bagged a bronze medal each in the flyweight and straw weight category, respectively.

The state team registered a combined record of 10 wins and three losses.

Seven fighters from the academy represented Arunachal in the championship, and two of them could not compete due to ‘unforeseen’ circumstances.

The other three fighters were Laki Weshi, Joram Tamin and Wangchuk Sherpa. The team was led by coach Higio Taarak. (DIPRO)