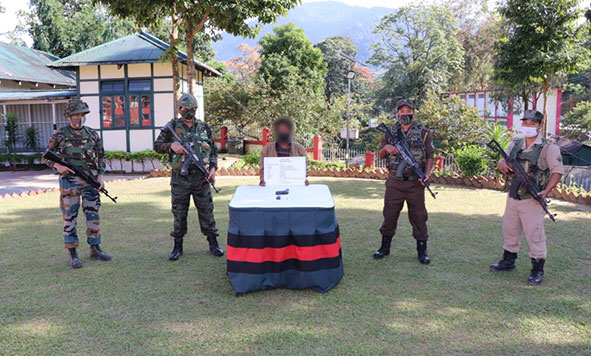 The militant, identified as self-styled (SS) captain (khapur) Honrang Kongkang, was arrested during a joint operation carried out by troops of the Assam Rifles and the Tirap police on 20 November.

Kongkang was a close associate of SS colonel Apem Tangkhul, the operational commander of the NSCN (IM) in Tirap district, SS captain Sina Mophuk, and SS major Victor Tangkhul of the same outfit, the Lazu-based Assam Rifles said in a release.

Kongkang was involved in carrying out extortion activities, and in planning sabotage activities against the security forces.

He revealed the involvement of the NSCN (IM) in planning an ambush and IED attack on security forces in Sanliam village on 21 October last year.

A pistol and live ammunition were recovered from Kongkang, who, along with the recoveries, will be handed over to the Lazu police station for further interrogation, the release said.