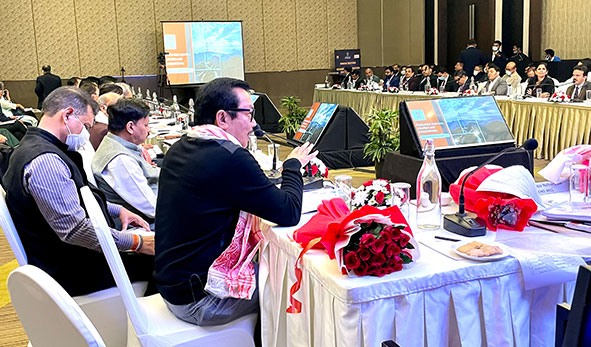 He informed this during a review meeting with the power ministers of the northeastern states on the Revamped Distribution Sector Scheme (RDSS) here in Assam on Friday.

Singh also informed that all the hurdles in connection with the 3,000 mw Dibang Multipurpose Project have been resolved.

Referring to the huge hydropower potential of Arunachal Pradesh, he said that the state would become the main exporter of power in the country and the power sector would enhance the GDP of the state.

Arunachal Pradesh Deputy Chief Minister Chowna Mein, who also attended the meeting, informed that all the projects in Arunachal under the Centre’s rural electrification schemes like Saubhagya and the Deendayal Upadhyay Grameen Ujwala Yojana “will be completed within the current year and closure of these schemes will be finished by February 2022.”

Mein, who is also the minister in charge of power and non-conventional energy resources, said, “Thinly distributed population in remote villages, difficult mountainous terrain and dense forests, frequented by heavy rains, landslides, falling trees and snowfall in winter, coupled with frequent disruption of long distribution lines are the challenges faced by the state, which contributes to the high power loss.”

He informed that a distribution reforms committee and district electricity committees have been constituted and the Rural Electrification Corporation Power Development & Consultancy Ltd (RECPDCL) “has been appointed as consultant for preparation of action plan and detailed project report.”

Among others, the DCMs of Meghalaya and Tripura, Assam’s power minister, union Power Secretary Alok Kumar, DoNER Ministry Secretary Lok Ranjan, Assam Chief Secretary Jishnu Boruah, and the CMD of the RECPDCL were present at the meeting. (DCM’s PR Cell)