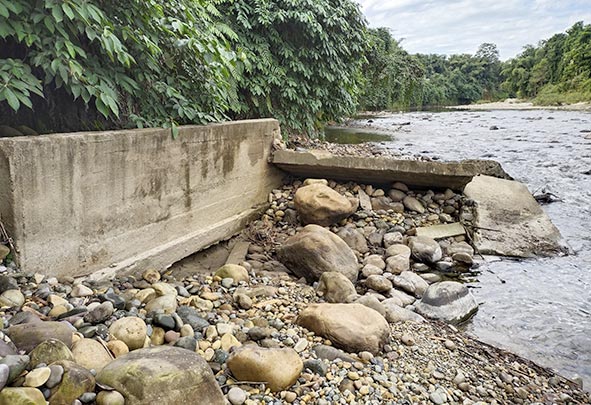 RUKSIN,  10 Dec: Gagur Nalla, a minor irrigation channel connecting Sille river in Pasighat West area has been lying defunct for the last three years due to lack of funds for renovation.

The Nalla, which was constructed with MLALAD fund in 2001 is designed to push river water into the channel to cover a large farming area in Niglok, Ralung, Ngorlung, Mikong and Linka villages under Ruksin circle in East Siang district. The local farmers regularly maintained the channel by cleaning up the sediment block every year on a self-help basis.

Gagur Nalla was the main source of drinking water for the villagers before completion of Ledum Mega Project (pipe water supply). It was damaged by floods during 2018, resulting in acute shortage of water in the paddy fields.

A public leader-cum-progressive farmer of Ngorlung village Ojing Aze lamented that villagers earlier had approached their local MLA and officials of Water Resource department for renovation of Gagur Nalla, but yielded no result.

“We appeal to the local MLA and water resource minister of the state to take up steps for renovation of damaged Gagur Nalla to revive water supply through the channel,” said Aze.