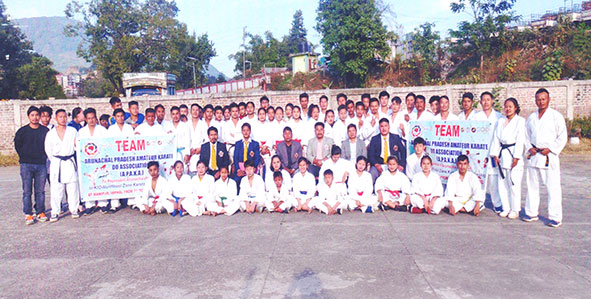 ITANAGAR, 5 Jan: Arunachal Pradesh Amateur Karate Do- Association (APAKA) has fielded a 79-member team for the KIO Northeast Karate Championship to be held in Imphal, Manipur from 7 to 9 January.

Arunachal will participate in both male and female sub junior, cadets, juniors, U-21 and senior (male /female).

Shihan Rakom Dugi is the team manager and Sensei Dugi Teli and Monglih Wangpan are the male and female coaches, respectively.

APAKA president Renshi Yarda Niki has briefed the participating team about the events and advised them to strictly maintain discipline throughout the championship.

The team, comprising 51 male and 28 female karatekas along with six officials, will be leaving here for Manipur on 6 January.