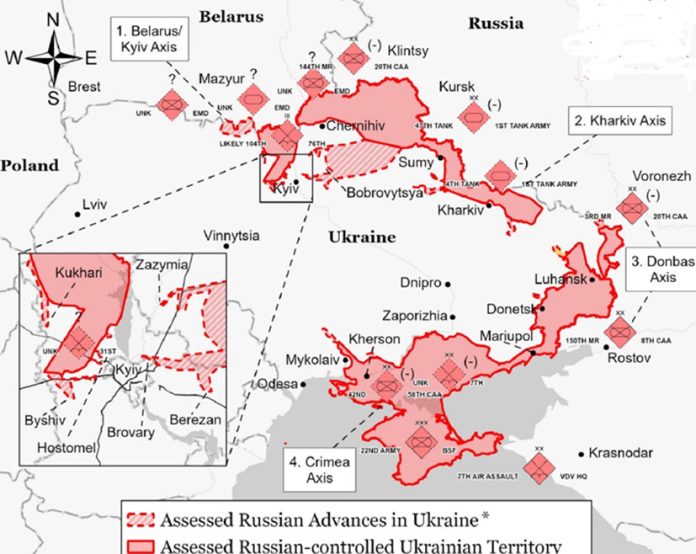 The Russo-Ukraine war has completed one month, during which there has been intense fighting with Russian forces assaulting many Ukrainian towns and cities. 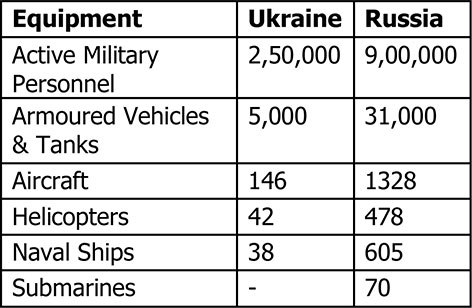 The next few weeks may be critical to the outcome of the war. It is expected that the critical town of Mariupol would fall, connecting Russian Crimea to the Pro-Russian Donbas region. In case Odessa is also attacked and taken, Ukraine would be cut off from the Black Sea and would be rendered landlocked. With Kyiv almost encircled, Russia may gain key objectives, and this may finally lead to a ceasefire. 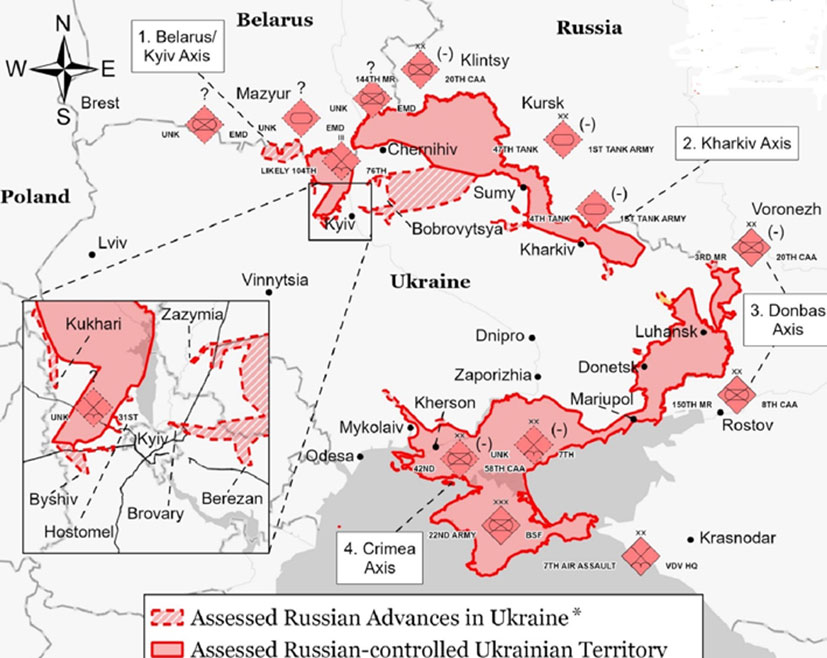 The war has caused massive devastation and deaths, and created millions of refugees. Both Russians and Ukrainians have suffered with similar figures of 2-3,000 deaths and 5,000 wounded. In addition, 4-5,000 civilians were reportedly killed and many soldiers were taken prisoners of war. Many Ukrainian cities, like Kharkiv, Sumy, Mariupol, Melotopol and Kyiv, have been bombed extensively, causing massive destruction. The war has caused the biggest refugee crisis of recent times. About one crore refugees have left Ukraine and sought refuge in the neighbouring countries of Poland, Romania, Moldova, Hungary, Germany, Russia, etc.

With the Western nations in the NATO and the EU uniting against Russia, Russia is sabre-rattling the nuclear threat, and the Ukrainian leadership is still not giving up. There are very less chances of the war ending soon. It seems that human beings have forgotten about critical global pandemics like Covid-19, global warming and climate change, famine, hunger, etc. Hope this war does not escalate into World War III. (The contributor is retired Group Captain, Indian Air Force)