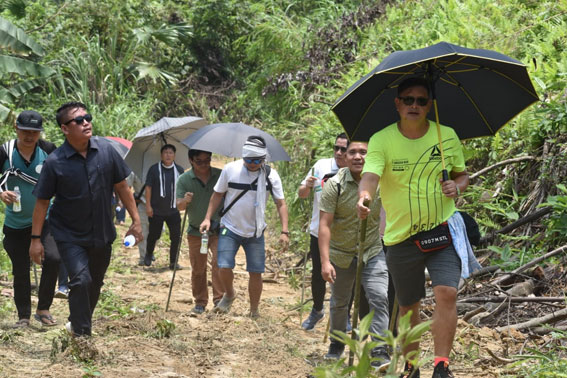 CHIMPU, 26 May: A team of the Itanagar Municipal Corporation (IMC), led by Mayor Tame Phassang, on Thursday inspected the site for the construction of a solid waste management plant (SWMP) in Dapo Yarlo here.

Speaking to the media, the mayor informed that, following a joint meeting among the IMC, the Pasighat Municipal Council, Chief Minister Pema Khandu and UD Minister Kamlung Mossang recently, the state government has assured to extend all possible help for various developmental activities.

“Following the National Green Tribunal (NGT) guidelines, and to avoid future environmental hazards, we have inspected the site, which is at least 4 kms away from the national highway.

“To get firsthand information about the feasibility of the SWMP, the team, including corporators, commissioner and engineers, surveyed the area on foot,” Phassang said.

Responding to a query, he said that “our major concern is to manage solid waste, as there are couple of PIL and NGT directives against the IMC; so we have decided to install SWMP as soon as possible.”

He said that the plant would be completed during the IMC’s current tenure.

Meanwhile, Phassang appealed to the public to not throw garbage on roads but segregate the wastes. “IMC is doing best against garbage menace, but the public also needs to take the responsibility,” he said.

“Apart from Itanagar, another SWMP is already in the process at Karsingsa. However, if needed, IMC will take the proposal to make more SWMPs in a suitable location,” said the mayor.