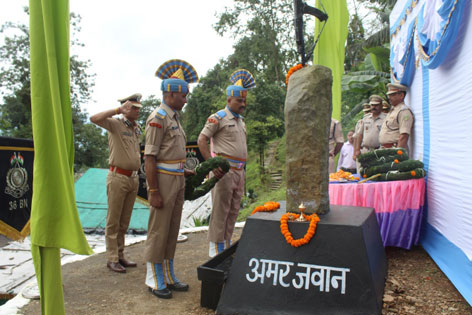 The 36 Bn CRPF was raised at Pufutsero in Nagaland on 1 June 1968. The battalion has served in Kashmir, Manipur, Assam, Nagaland, Jharkhand, Bihar, Punjab, Delhi, Rajasthan, Haryana, Tamil Nadu and in 2008 finally got settled at Khonsa in Tirap district of Arunachal Pradesh.