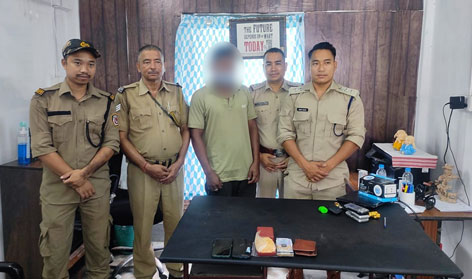 “Acting on tip off, the ADS led by DSP Kengo Dirchi intercepted the car, in which the drug peddler was travelling near the Bangka Bridge here on Wednesday,” SP Dr. DW Thongon said.

“The recovered drugs and the vehicle were seized in the presence of an executive magistrate,” the SP added.

A case has been registered against the drug peddler at Namsai Police station under the NDPS Act. “Further investigation is underway,” the SP informed.