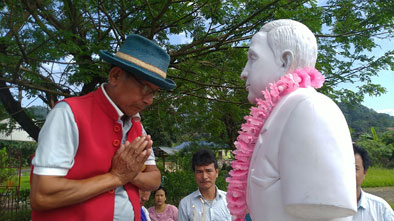 While narrating the short life history of Lummer Dai, Silluk GB Ashik Yirang said that he was one of the pioneers in spreading education in the state.

Paying his rich tributes to Lummer Dai, the spokesperson of SWK, Nakut Yirang said, “Since his childhood he was brilliant.” He further said that Late Lummer Dai was a scholar, a writer and an administrator.”

Silluk-2 GPC Ton Ratan said, “Dai built a bridge between Arunachalee and Assamese societies through his brilliant literary works which need to be nurtured.”