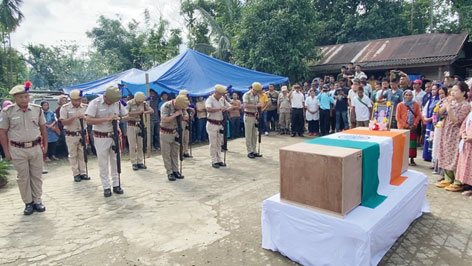 Hondik breathed his last at a private hospital in Assam’s Dibrugarh district on 17 June after a prolonged illness, at the age of 62 years.

The national flag was flown at half-mast on Sunday as a mark of respect to late Hondik.

Prayers were also offered by different denominations for late Hondik.