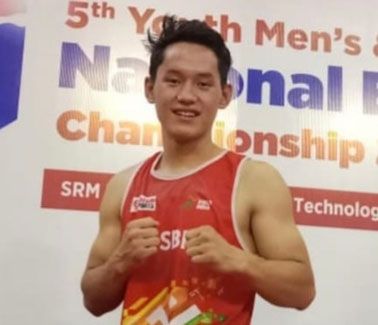 ITANAGAR, 9 Jul: Taw Pakba assured himself of a medal at the 5th Youth Men’s National Boxing Championship by advancing to the semifinals.

The 18-year-old boxer beat his opponent from Mizoram 3-2 in the 60-63.5 kg category in Chennai on Saturday.

Pakba will be the first boxer from the state to win any medal in the youth category of the men’s national boxing championship.

He had won his opening bout against Bihar’s Kunal Singh by RSC (referee stopped match).

Pakba knocked out Chandigarh’s Chirag in the first round in the round of 16.

His opponent in the semifinal on Sunday will be from the Services Sports Control Board.