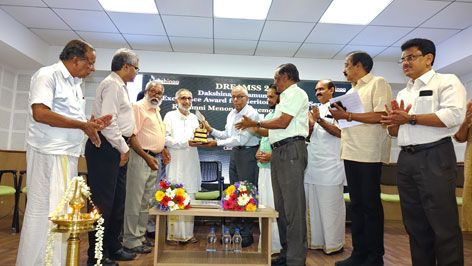 The award, comprising a plaque, a citation and a cheque for Rs 50,000, was presented by former West Bengal governor MK Narayanan.

The award has been instituted in memory of late Ramunni Menon, an eminent social worker of Tamil Nadu, for his long, selfless and sterling community services.

Narayanan, a Padma Shri awardee and eminent administrator, lauded the youth library movement in Arunachal “for adopting the model of youth volunteers leading the reading promotion campaign across villages, rather than waiting for the government to set up libraries in such places.”

Thanking the Dakshinaa Trust for the award, Mundayoor said that “the award truly goes to the youth of Arunachal for upholding the importance of the joy of reading during the last four decades. Hence the entire award amount will be utilised for training new volunteer- trainers to continue to take the youth library movement forward in the coming years.”