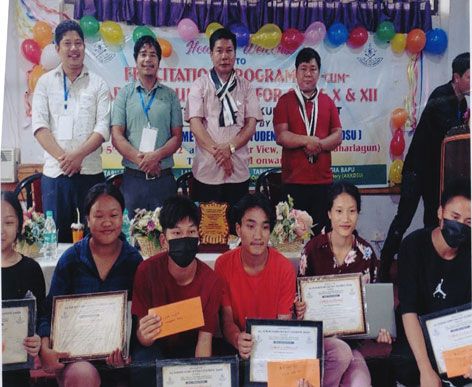 NAHARLAGUN, 6 Aug: Laptops and cash awards were given to the Class 10 and Class 12 toppers of Kurung Kumey district during a ‘career counselling-cum-felicitation programme’ organised by the All Kurung Kumey District Students’ Union (AKKDSU) at a city hotel here on Friday.

Addressing the students, Tagik advised them to not get involved in politics and focus on their goals by studying hard.