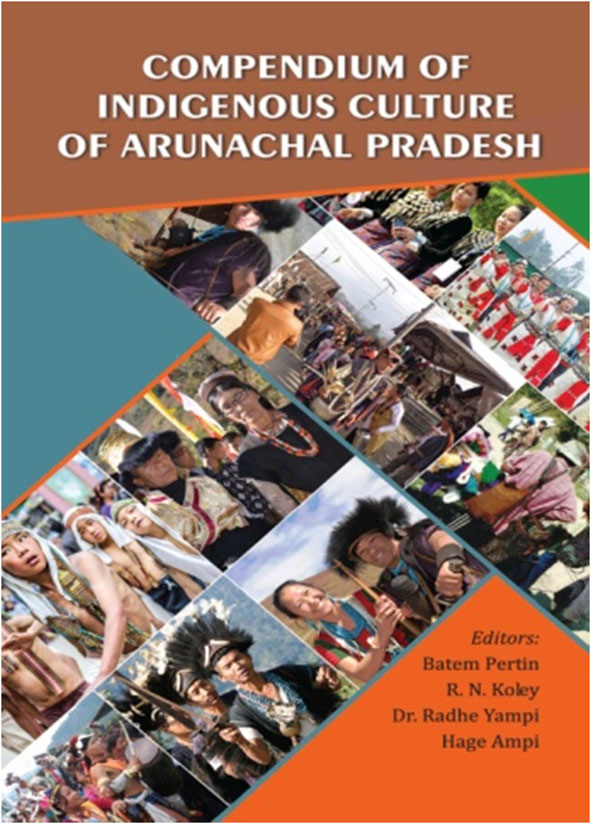 It is said that books are the eyes and ears of the world. In a state like Arunachal Pradesh, which is home to heterogeneous ethnic groups, books function like a magnifying glass to carefully view and understand the differences, diversity and past or present of the communities. So, here is the book, Compendium of Indigenous Culture of Arunachal Pradesh, that provides encyclopaedic information on the culture, tradition, language and history of Arunachal Pradesh.

Compendium of Indigenous Culture of Arunachal Pradesh opens with an incisive introduction by Batem Pertin, which talks about the phenomena of the evolution of administrative development of Arunachal Pradesh since 1826. The book is divided into three broad sections, the first, ‘Cultural Heritage’, has 19 articles. It is a detailed account of ritual, kinship system, matrimonial system, religion and important archaeological sites. In this section, the article, ‘Dr Verrier Elwin’s Philosophic Vision on the Tribes of North-East Frontier Agency’ by Oshong Ering is an enlightening read. It is a critical assessment of the legacy of Dr Verrier Elwin’s actions and ideas on Arunachal Pradesh, the then NEFA.

The second section, ‘Indigenous Knowledge’ has six articles that throw light on traditional knowledge and practices of processing wool, weaving and bamboo art among the tribal communities of the state.

The third section, ‘Linguistic Wealth’, has five articles that offer a valuable database on the linguistic variation of the state.

In lucid language, the book brings together the geography, history, polity and anthropology of Arunachal Pradesh and offers deep insights into the socio-cultural characteristics of the state to the reader. However, the only glitch in the book is that there are a few typographical errors. Nevertheless, this book provides rich material to understand the cultural landscape of Arunachal Pradesh. It may cater to the academic quest of scholars, policymakers and candidates preparing for competitive examinations. (Yater Nyokir is a member of the Arunachal Pradesh Literary Society)