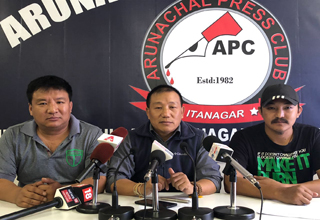 Staff Reporter
ITANAGAR, Dec 2: The fourth edition of the Orange Festival of Adventure and Music (OFAM) is all set to blow away the minds of music and adventure sports aficionados, with high adrenaline adventure sports and popular musical bands from India and abroad lined up for the event, scheduled to be held from December 15 to 18.
Addressing a press conference at the Arunachal Press Club here, OFAM festival director Abu Tayeng informed that they will be organizing the fourth edition of the festival in a bigger and better way. 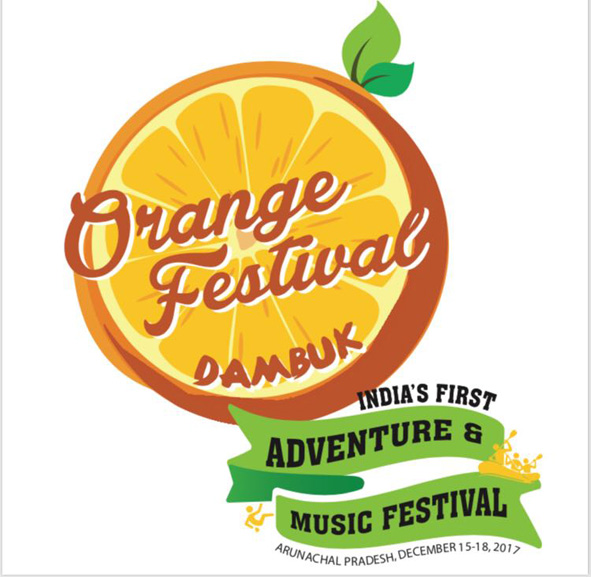 He informed that this year the headliner of the event will be the performance from seven-time Grammy nominated German electronic band, Tangerine Dream from West Berlin, Richie Kotzen from the legendary bands Poison, Mr Big, and Winery Dogs, alternative rock band Five Eight, Indian talents like Thermal And A Quarter, the F16s, Fiddler’s Green, Uday Benegal, When hai Met Toast, Feyago, Rain In Sahara, and many more.
In terms of adventure sports, the fourth edition of the OFAM will witness daredevil stunt performances by Gourav Khatri, the country’s best freestyle show jumper on two wheels; Orange Motocross Fury, and the JK Tyre Orange 4×4 Fury, besides other adventure sports like river rafting, dirt biking and ATV rides, informed Tayeng.
Stating that they have taken care of all the drawbacks pointed out during the last three editions by the visitors, the festival director informed that this year the event will be held in an orange orchard itself where visitors can pluck and eat as many oranges they want, along with minimized rates on parking and food.
On the issue of accommodation, Tayeng informed that OFAM Dambuk will provide complete tented accommodation as Dambuk does not have proper accommodation facilities. He, however, added that a few home stays have also come up.
Locals of Dambuk are also going to be a part of the festival and are being engaged for rafting, tents, construction at the event site, and coordination, which Tayeng said would add to the rural economy.
With the growing popularity of the festival, he expressed hope that it would play a major role in boosting the state’s economy.
Lhakpa Tsering, who will coordinate the off-roading motor sports event, informed that seven top off-roaders of the country are taking part in the festival this year.