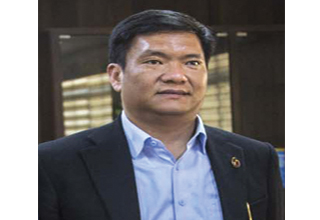 ITANAGAR, Dec 29: Chief Minister Pema Khandu has tweeted that he has recommended the multi-crore PDS scam case to the CBI for investigation.
‘Recommended the multi-crore PDS matter which adversely affected our state with huge financial losses to CBI for investigation. We cannot let anyone take the system for granted. No one is above law. Arunachal must get rid of this malaise,’ Pema tweeted.
Meanwhile, the state BJP issued a statement on Friday, saying the state government has referred the PDS scam in Arunachal Pradesh to the CBI ‘for fair and independent investigation.’
‘It is hoped that the CBI will thoroughly investigate and book the culprits who have been continuously taking the state and its people to ransom. He (Pema) has the mandate from the highest level in the party, his colleagues in the government, state level party workers, and the common people to take this bold step, and the BJP backs him with utmost support,’ it said.
The party said this was just the beginning of ‘the BJP government’s war against corruption.’
‘Our government, since day one, has been committed to root out corruption from the state, so that it can grow and reach at par with other developed states,’ it said.
The party also said it has handed over all recruitment to the Arunachal Pradesh Public Service Commission to ensure free and fair recruitment; cancelled illegal recruitment and regularization of jobs in various departments; handed over the investigation of ‘such corrupt practices in certain departments’ to the SIC; and introduced digital transaction and DBT system for all the welfare schemes targeting individual beneficiaries.