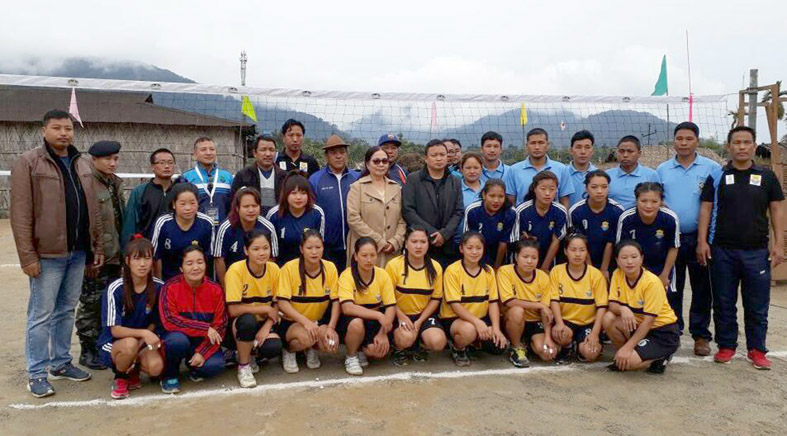 The football final matches will be played on Tuesday.
Lower Subansiri will meet Changlang in the men’s football final at the general ground here on 7 February, while Kra Daadi will lock horns with West Siang in the women’s football final at the general ground in Kamba on 6 February. Both the final matches will start at 1 pm.
Lower Subansiri sailed into the final with an easy 6-0 win over Kra Daadi in the first semifinal in men’s football. Changlang pipped Lower Dibang Valley 1-0 in the nail biting second semifinal.
The semifinal football matches at Aalo were kicked off by Sports & Youth Affairs Parliamentary Secretary Nyamar Karbak. (DIPRO)