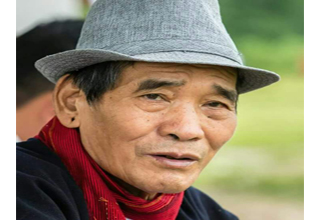 ITANAGAR, Feb 6: Former State BJP president Kangir Jamoh has passed away this evening at Guwahati. He was reportedly suffering from heart ailments. Informing this, advocate Tony Pertin told this daily that his mortal remains will be taken to Pasighat for people to pay their last respect.
His last rites are expected to be performed on Thursday in Chimpu, Itanagar.
Hailing from Komkar village under Upper Siang district, late Jamoh was one of the first in the state to be with the BJP.
Meanwhile, All Arunachal Pradesh Students Union (AAPSU) has mourned his death.
Union termed late Jamoh as one of the pioneer tribal leaders of state and stated that his contribution towards uniting every tribe of state shall always be remembered.