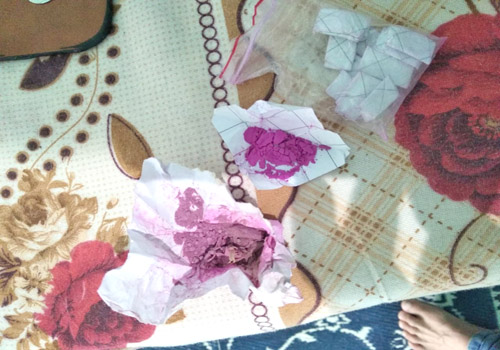 [ Karyir Riba ]
ROING, Sep 19: The vigilant members of the All Idu Mishmi Students’ Union (AIMSU) apprehended a drug peddler from a rented house at Mashelo village and seized more than 10 packets of brown sugar.
The peddler was later handed over to the police.
Following a tip off that drug dealing was taking place in the village, a team of the AIMSU raided the rented house of one Qurban Ali at 2.30 on Tuesday morning.
They carried out a search in the house and found the drugs, which were hidden in various places.
As per report, Ali has admitted his involvement in drugs peddling before the police.
He is presently in police custody.