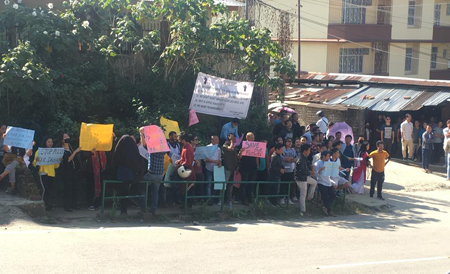 Results to be withheld till disposal of writ petition

ITANAGAR, Nov 9: After days of chaos and confusion among the aspiring candidates of the state civil services, the Arunachal Pradesh Public Service Commission (APPSC) has notified that it will conduct the mains of the Arunachal Pradesh Public Service Combined Competitive Examination (APPSCCE) according to schedule, from 10 to 20 November.
This was notified by the APPSC on Friday night after the Itanagar permanent bench of the Gauhati High Court vacated the stay order of 8 November. 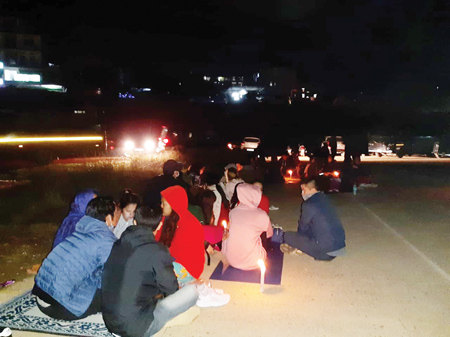 The HC opined that, at this juncture, when all the qualified candidates across the state have been issued admit cards and the exam schedule provided, any further order affecting the holding of the examination “may turn to serious consequences.”
However, the result of the examination will be kept in a sealed cover and will be subject to the final outcome of the writ petition filed by the aggrieved candidates, which is currently sub-judice before the court.
With this, the appeal for postponement of the APPSCCE (Mains) 2018 submitted by one half of the mains qualified candidates, and the representation for holding the mains exam as per the notified schedule, submitted by the other half, have been disposed of.
In the meantime, hundreds of qualified candidates gathered at the IG Park tennis court here on the same night, protesting against the APPSC.
The candidates resolved to boycott the examination altogether, saying that there is no clear-cut judgment on the matter and they are not in a mental state to sit for the examination, owing to the ongoing fiasco.
However, the APPSC in its notification has advised the candidates “not to take such steps of obstruction and disturbances of peaceful conduct of examination which may entail them to be debarred from future examinations conducted by the APPSC as per the APPSC Conduct of Examination Rules and as may be decided by the Commission.”
Earlier in the day, the same mains qualified candidates gathered at IG Park, and later protested outside the APPSC office and accused the commission of “harassment.”
A committee representing the candidates informed this daily that over 700 mains qualified candidates have demanded that the mains examination should be held only after the final verdict of the high court is out, and accordingly sought postponement till then.
“What if the court gives verdict in favour of the petitioners? And even if the court gives its verdict in favour of the commission, the petitioners will approach a double bench or the higher court, which will again drag the issue,” a candidate said.
On behalf of the qualified candidates, four candidates were later allowed to meet APPSC Secretary Taru Talo. They pleaded with him to postpone the examination.
Bringing along over 700 admit cards of candidates who are seeking postponement of the examination, the four candidates said all those candidates should not be at the receiving end of the fiasco between the commission and the petitioners.
They appealed to the secretary to convince his colleagues and higher authorities to postpone the examination “on humanitarian and sympathetic grounds.”
During the course of the meeting, the secretary maintained that the conduct of the examination depended on the court’s order (which was not out at the time).
Regarding the ongoing matter at the high court, the aggrieved commerce and 221 various other subjects’ candidates have sought instituting an expert inquiry committee to look into the alleged anomalies in the prelims question papers.
If the court decides to establish a committee, it will be responsible for looking into the alleged anomalies, and submit a report to the court. The court will then issue necessary directions.
The next joint hearing has been fixed for 14 November.