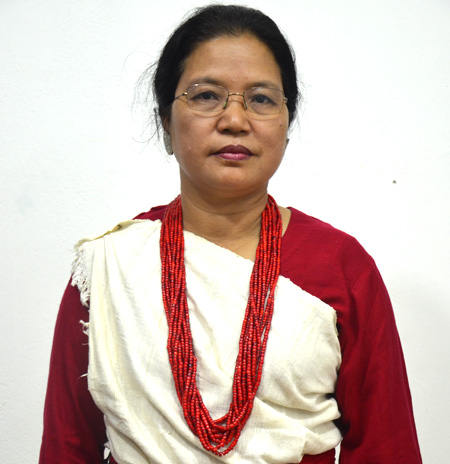 ITANAGAR, Feb 13: Dr Taba Nirmali, the first lady MBBS from the Nyishi community and founder of the Niba Hospital, passed away peacefully in her sleep at her residence here on Wednesday evening.
She is survived by her husband, retired CE and Director of Urban Development and Housing, Taba Tedir and her three children.
Born to late Chukhu Nitin and Chukhu Yadap on 16 January, 1964 at Gumto in Papum Pare district, she completed her schooling from Higher Secondary School, Doimukh.
She became the first Nyshi lady MBBS in 1988 and joined the then General Hospital, Naharlagun (now TRIHMS) as a medical officer the same year and completed ENT, MS from RIIMS, Manipur in 1997.
A dedicated philanthropist, she had converted her private residence into a private hospital, a first-of-its-kind in the state, during the time when
the health sector in the state was insufficient to cover the needs of the people.
She founded the Niba Hospital, then Niba Clinic, in 1999 along with fellow founders Dr M Jini ( Director TRIHMS) and Dr Bengia Mala.
After the death of her elder sister due to cancer in 1999, she co- founded the Arunachal Cancer Society, as general secretary along with Dr KK Dey as chairman and Dr M Jini as fellow co-founder.
Known for her gentle approach and kindness, she started the ‘Smile Train’ along with Dr M Jini in her own hospital, which till date has provided free cleft palate surgery to over 600 people in need.
During her time of service, she had conducted various free health camps all over Arunachal Pradesh.
She took voluntary retirement from her service on 31 July, 2011 and contested election from 16th Yachuli constituency in 2014. She was later appointed as BJP state secretary. Dr Nirmali was also an active member of the Akhil Bharatiya Vidyarthi Parishad since 1982.
She was also appointed as Arunachal Pradesh State Women Commission chairperson for a brief period of time. She had served as advisor to the Nyishi Nyem Acham and was also associated with the NGO, Taba Tath Foundation.
Her last rites will be performed here in ESS-Sector Hilltop on 15 February.