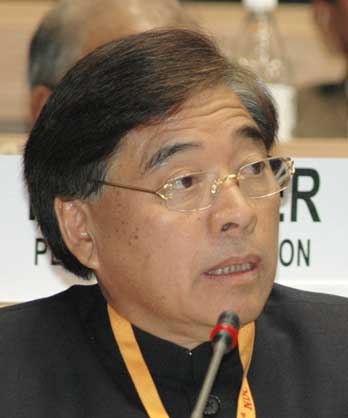 Correspondent
PASIGHAT, Feb 21: Former chief minister Gegong Apang has joined the Janata Dal-Secular (JD-S), headed by former prime minister HD Deve Gowda.
The formal joining of Apang took place here in East Siang district in the presence of Deve Gowda on Wednesday.
The decision to this effect was taken during a meeting in Pasighat.
Apang, who served as the chief minister of Arunachal for 23 long years, resigned from primary membership of the BJP last month, citing unhappiness over the party’s functioning.
The JD (S) is an Indian political party led by Deve Gowda, who served as the 11th prime minister of the country from 1996 to 1997.
Formed in 1999, the party is recognized as a state party in Karnataka and Kerala.