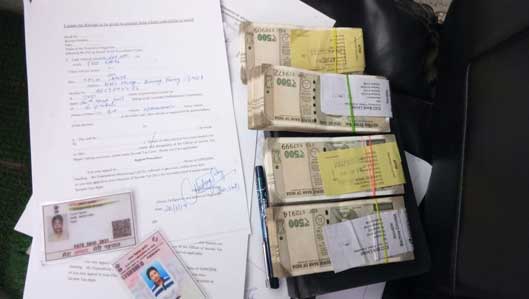 LONGDING, Mar 20: Opium-smeared strips of cloth weighing approximately 400 gms were seized from a woman near the police station tri-junction here during checking by the flying squad (FS) on 19 March.
A case has been registered in this connection under the Narcotic Drugs and Psychotropic Substances Act, informed Longding SP Rohit Meena.
In Lower Subansiri district, the FS deployed in Joram and Dem areas under Yachuli constituency seized Rs 2 lakhs and a large quantity of liquors on Wednesday.
As per the record maintained by this daily, the total amount of money seized so far by the FS’ and the static surveillance teams since the enforcement of the election model code of conduct in the state has risen to Rs 69.8 lakhs.
One SBBL gun and a few daos were also seized from Joram and Dem. Checking has been intensified in the areas as they fall under an ‘expenditure sensitive’ constituency. The areas also connect Kra Daddi and Kurung Kurmey districts.
Seizure of a huge quantity of liquors has also been reported from Ziro-Hapoli. (With DIPRO input)