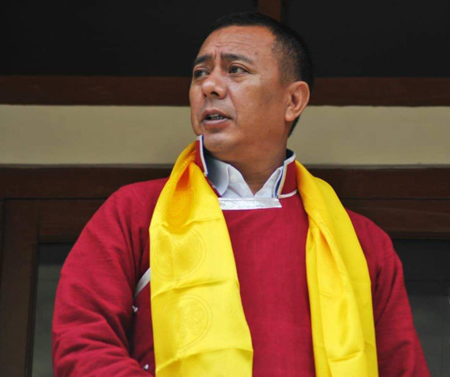 Staff Reporter
BOMDILA, Mar 28: In an interesting turn of events, the BJP candidate for the Dirang assembly constituency, Phurpa Tsering, now stands uncontested with the withdrawal of the INC candidate, Tsering Gyurme, from the election on Thursday.
With the latest development, the BJP has consolidated its position in three constituencies, piling up points in the numbers game ahead of the assembly election.
This would be the third tenure of the two-time sitting MLA Phurpa Tsering, who has been elected unopposed for a second time. He had first been elected in 2009 from the People’s Party of Arunachal. In 2014, he was elected unopposed from the INC.
Tsering had served as the animal husbandry minister in the Nabam Tuki government for a brief period. He was also the health & family welfare parliamentary secretary in the Pema Khandu government.
This daily could not reach INC candidate Gyurme for a statement on his withdrawing his candidature. Gyurme had recently resigned from BJP.