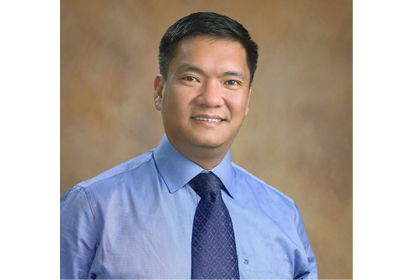 Ruling party not allied with JD(U) in state: BJP

[ Nellie N Manpoong ]
ITANAGAR, May 25: The state BJP will have its legislature party meet on 27 May. The party won the legislative assembly election with a decisive 41 seats out of the 60.
Chief Minister Pema Khandu, who is all set to become the chief minister again, will meet Governor BD Mishra soon.
Khandu said the date for formation of the new government will be decided by Sunday or Monday.
The term of the 9th legislative assembly will end on 1 June, and the next legislative assembly has to be constituted before that.
Earlier, addressing reporters at the BJP office, state BJP vice president Tame Phassang informed that union Health Minister JP Nadda and Assam’s PWD Minister Himanta Biswa Sarma are expected to attend the legislature party meeting here on 27 May. He said Khandu would continue as the chief minister of Arunachal.
Nullifying claims that the Janata Dal (United) and the BJP are in alliance in the state, Phassang said “the JD (U) is not the B-team of the BJP and is not considered a threat.”
“We congratulate the JD (U) on winning the seven seats, but rumours of our party being in alliance with the JD (U) is false,” he said.
The JD (U) has selected Techi Kaso as its legislature party leader in a meeting held in Itanagar on Saturday. With seven members, the JD (U) is the second largest party in the house.
Phassang also expressed shock and extended condolences on the assassination of MLA Tirong Aboh and 10 others near Khonsa in Tirap district on 21 May.
Meanwhile, after being elected by a landslide margin in Chowkham in Namsai district, Deputy Chief Minister Chowna Mein arrived in the capital on Saturday, and credited the BJP’s win to the people of the state.
“For the first time the BJP has come to power on its own. This is a historic occasion. I would like to thank the people of Arunachal Pradesh for reposing faith in the BJP. We look forward to a very developed Arunachal Pradesh,” he said.
On the BJP’s landslide victories in Namsai and Lekang, Mein said “it was the combined effort of the party, and the popularity of the local leadership.”
He also attributed the win to the Modi wave and Pema Khandu’s leadership in the past two-and-a-half years.
Regarding the challenge newly-elected Jummum Ete Deori had to face with state Congress chief Takam Sanjoy up against her in the Lekang constituency, Mein said “there was no difficulty as such.”
Namsai’s Chau Zingnu Namchoom and Lekang’s Deori also arrived here with Mein.