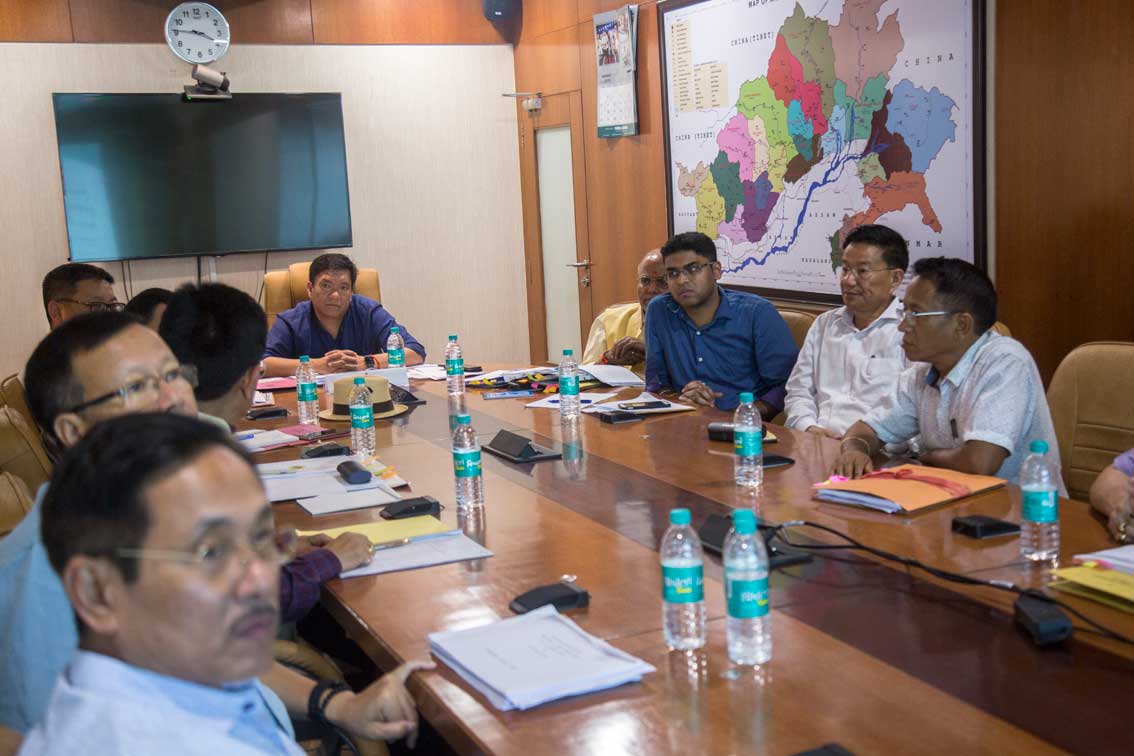 ITANAGAR, Jun 6: Chief Minister Pema Khandu has asked construction agency TK Engineering to repair the Itanagar-Naharlagun section of NH 415.
He also asked the agency to complete the work, particularly in the township area of the capital, with blacktopping by October this year.
The chief minister, who is also the PWD minister, said this during a review meeting of the department on Thursday.
He took a serious view with regard to the construction of the four-lane highway in the Itanagar-Banderdewa section.
Khandu also asked the PWD to improve the condition of the roads in the city to ease traffic congestion. He asked the department to take care of the damaged roads, potholes and culverts to smoothen the traffic.
The CM reviewed the status of the land acquisition process for the two-lane Potin-Pangin highway, besides the bridges to be constructed, and the actual progress of the maintenance of the road for which the state government had earlier sanctioned Rs 60 crore under the SADA.
The chief minister also reviewed the status of all the 13 national highways that pass through the state, covering a length of 2537 kms.
He took serious note of the dilapidated condition of the Kamla Bailey suspension bridge and the Subansiri Bailey bridge connecting Daporijo in Upper Subansiri district.
To avert possible collapse of the bridge, he directed the district administration to take precautionary measures, to be issued to the public for their safety. He also asked the department to submit a proposal for a new bridge as early as possible.
Khandu meanwhile said out-of-turn promotions and officiating and functional promotions affected the morale of the officers. The meeting suggested adopting a proper transfer policy and conducting special exams for promotions “to renew interest among the engineers in their technical subjects.”
In order to end the delay in execution of works, the CM asked the department to take financial concurrence immediately after the budget is announced. He also said the finance department requires a complete revamping, and that the number of secretaries in the department should be enhanced to ensure faster movement of files.
Issues related to the chaotic traffic in the state capital were also discussed.
The review meeting was attended by Chief Secretary Satya Gopal, PWD Commissioner B Pertin, chief engineers, Capital Complex DC Himanshu Gupta and SP Tumme Amo. (CMO)