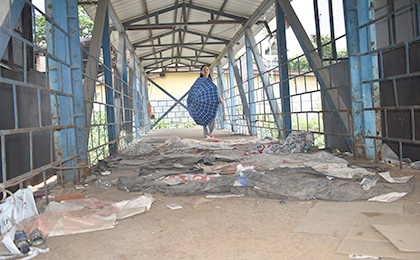 [ Romik Sai & Yangchen Pema ]
ITANAGAR, Jun 17: With a population of a little over 70,000 people, one would not expect the roads of the central hub of the state to be swarming with vehicles. However, heavy vehicular traffic is not an uncommon sight here.
Strewn out on the roads are constantly honking cars of different models and companies, stretched out far and wide. This is now a common sight in Itanagar.
What is more concerning is the lack of pedestrian walks and zebra crossings in the town.
There are a few unplanned, dilapidated pedestrian paths built in pockets, and only a single zebra crossing which people hardly know of and rarely use. The pathetic condition of the roads and the footpaths brings into focus the improper urban planning and the negligence not only by the state government but also the residents of the capital. 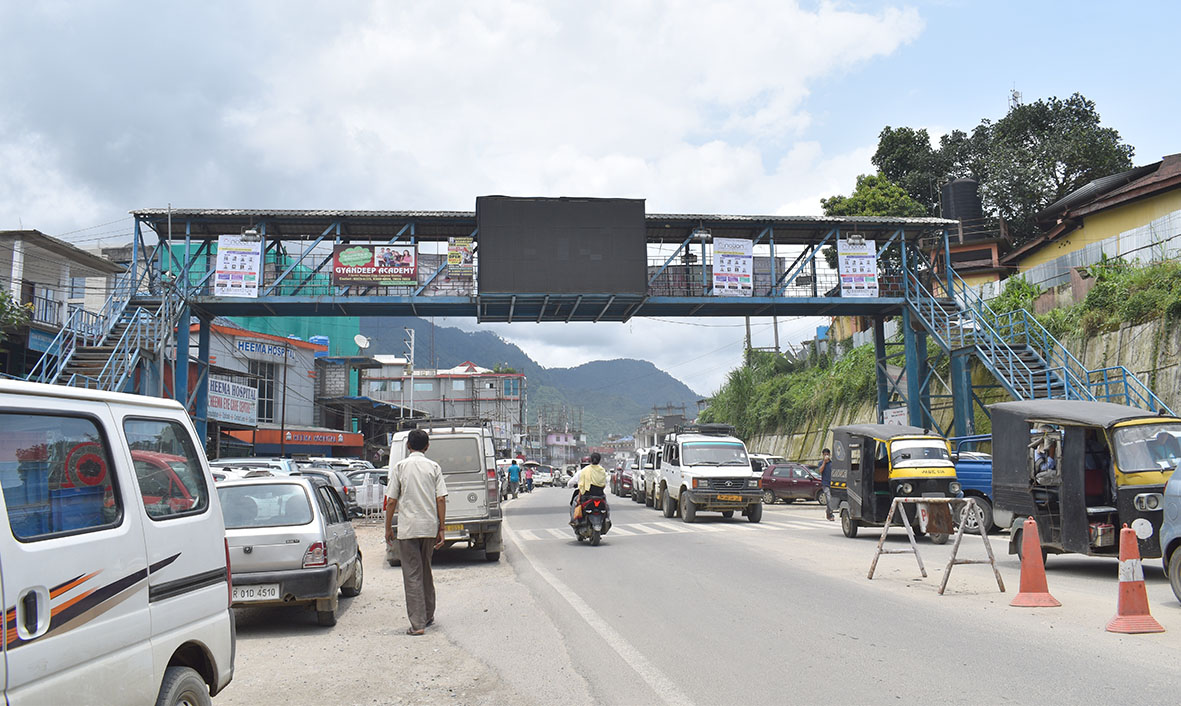 The horrendous condition in Itanagar is further aggravated by the government’s ‘build and never look back’ policy. There are innumerable instances where construction is carried out with haste, but no further step is taken to maintain or improve what has been built.
Such is the case of the pedestrian flyovers built by the government a few years back. There are four pedestrian flyovers built so far. Three of them are in Itanagar, and one is in Naharlagun – all of them constructed near major hospitals and schools.
The idea behind constructing these flyovers is to allow pedestrians to easily cross the roads. However, these flyovers are rarely used by the citizens.
“I find it time-consuming, and I prefer to use it only when there is heavy traffic,” said Khoda Jalyang, of Don Bosco College, Jollang.
In addition to this, the dilapidated condition of the flyovers makes them even more unappealing to use. Furthermore, these flyovers have become strategic advertisement spots for marketing giants. Both sides of the flyovers are covered with advertisement banners. Even the walkways of the flyovers are strewn with garbage and used banners.
In a town developing as fast as Itanagar, we rarely see any footpath. There are a few, but again, like almost every other government undertaking, they, too, are in a miserable state. The railings which demarcate them from the roads are battered and rusted. Many are already run-down. The previously laid footpaths whose railings have collapsed are now being used as parking spaces.
Perhaps Itanagar is the only capital with a single zebra crossing. Due to the inadequate number of zebra crossings, many have no knowledge of what the broad white stripes painted on the roads are and what they are meant for.
Rake Takam Dui, a traffic warden in Itanagar since 2014, said the lack of pedestrian walks and zebra crossings has led to numerous road accidents. The absence of proper pedestrian walks, zebra crossings and ill-maintained pedestrian flyovers, along with the wretched condition of the roads has become a matter of grave concern.
The general view of the people regarding this issue is that they are concerned, but at the same time feel that the matter is out of their hands, and constantly lay the blame on the government.
Many senior citizens of the town, who have witnessed the gradual transformation of the state ever since it achieved its statehood, accuse the government for the ugly condition that is now prevalent in Itanagar.
“Since the beginning itself, there has been no planned development. All these pedestrian flyovers and zebra crossings are very recent steps taken by the government,” explained Mahindra Sar, who has been running a small shop for more than 20 years near the Zero Point Tinali road in Itanagar.
The grievances faced by the pedestrians of the town are further aggravated by lack of proper parking spaces. Illegal parking of cars on the roadsides is a common sight, and no steps are being taken to stop this from happening. There is a huge surge in the number of commercial buildings that are being built, but most of them lack proper parking space. This is one of the main reasons for the increasing traffic congestion in the capital and the diminishing footpaths.
The ongoing reckless development cannot simply be ignored by either the government or the citizens of the town. This issue has been a focal point of debate for more than five years now. This is perhaps a very utopian imagination, but what if all the pressure groups of our state unanimously raise their voice over this issue? Would that result in resolving the problem? One can only hope. (Yangchen Pema is a graduate in journalism from Bengaluru University, and Romik Sai is a first-year student of BA in history at Lady Shri Ram College for Women, Delhi)