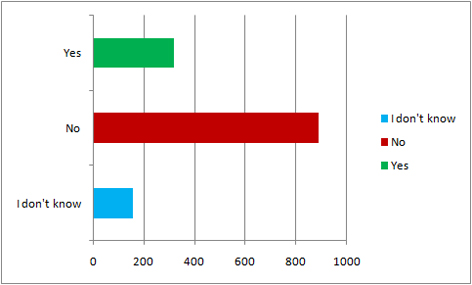 1.No, they will never be caught. The peace accord between the government and the NSCN faction responsible for the massacre has restricted the government from arresting them. The government should make the accord public.

2. Because the conspiracy is political and no political lord would want to get themselves exposed in the issue, rather than solving the case, the government will make it more complex to be resolved. Just wait and watch the hypocrisy of the government and the opposition.

3.There is some kind of nexus between political parties and the underground insurgents. Tirong Aboh’s was not the first killing by insurgents; earlier too, many such cases had happened. The government, as always, is not ready to accept its failure in terms of intelligence. This case will have the same fate – it will drag on and on and finally will go out of public memory and the insurgents will be scot-free.

4. I don’t think they’ll be caught, but we believe in the new home minister of the state. Hope he brings changes and improves the scenario.

5.Arunachal has been a state where a criminal of high stature has never been punished, except Gegong Apang. Take the example of the Kalikho Pul case and the Ngurang Pinch case. There is no political will in the government to punish the culprits. Tirong Aboh’s case will be forgotten like the cases of Kalikho Pul and Ngurang Pinch.

6. Crimes in the Northeast are a little too easy to do. If you have good planning no one’s going to catch you. I got no problem with the police in our NE, but I think and I’ve seen that they are just too relaxed to do any serious work. I mean, c’mon, just look at their bodies – they are all out of shape and practice from all the hard work.

7.Only the delivery boy will get caught; the remote controller will go scot-free.

8. People with ill-intention can never escape before men and before god, who sees everything. What goes around comes around.

9.Not to squash somebody’s hope or spirit but looking at the precedents, I don’t think the killers will ever be caught. Ours is a country where killers and rapists roam free but people with opinions are arrested easily. Hopefully, the police force will make me change my mind.

10.No, because if caught, many big fishes too will be caught. So, crores of rupees will play a role to bury the case. Remember late Wangcha Rajkumar’s case. Till date, the witnesses who were present at the scene haven’t been summoned by the court, even after more than 11 years have passed.

11.There is no political will and guts. They should have been wiped out long ago.

12. It is not that the perpetrators of this crime cannot be apprehended, but it is for the lack of will in central as well as the state government that those killers will never be caught.

13. A case that is politically motivated has no result or end. It goes on and on. I can guarantee you that the killers might get caught but the person who is the mastermind will never be out.

14.If at all police show efficiency, only the errand boys may be caught; but the main people behind the scene will go scot-free.

15. The people of Arunachal are always taken for granted, the police are easily bribed, tons of paperwork… Things will never happen in this snail-paced democratic and corrupt government.

16. Let’s recall the case of late Wangcha Rajkumar. What happened apart from lip service? The Tirong Aboh case will bite the similar dust, although l am an optimist.

17. It’s really depressing to know that still no single clue has been found by the police or other authorities.