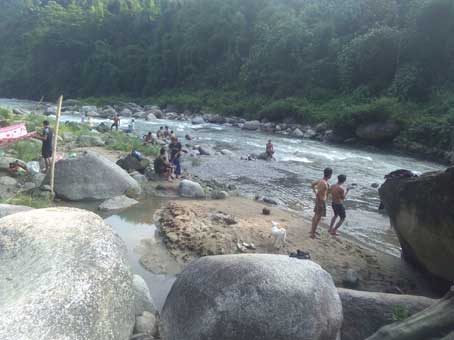 ITANAGAR, Jun 30: The Senki View Welfare Committee (SWC) has requested the state government, particularly the public health engineering department (PHED) and the capital administration, to take steps to protect drinking water from being contaminated at the intake point of the water treatment plant (WTP) in Senki View.
The committee said it has repeatedly apprised the PHED, the administration and the police of the nuisance created by youths in the vicinity of the WTP, on the bank of the Senki river, “but no action has been initiated, except erecting a few signboards with statutory orders by the administration.”
The SWC said several accidents on the riverside, caused due to late night partying, bathing and use of alcohol and other substances, have been reported in the past, “but no one bothers.”
“There is every possibility of a major disease outbreak if water contamination at the drinking water source is not checked soon,” the committee said.
The SWC also said the residents are facing problems due to the “huge influx of outsiders, with hundreds of vehicles, in the colony.”
“The vehicles are being parked in front of the residences, leading to quarrels between the residents and vehicle owners,” it said.
“We are not against anyone bathing in the river, but they should do so in the downstream of the river, so that the drinking water at the intake point is not polluted,” the committee said.
The residents and senior members of the locality said “scores of youths come to the river on Sundays to bathe, and some of them even have picnics there.”
They said such large gatherings on both sides of the river also poses a security threat to the residents and might create law and order issues.