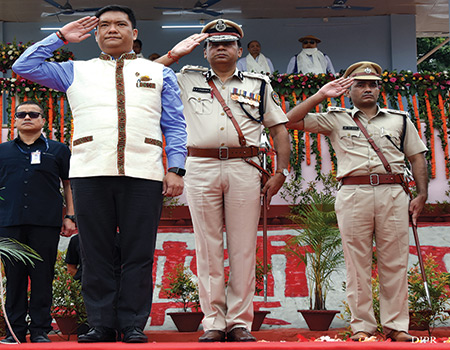 Article 371 (H) will not be tinkered with, assures CM

ITANAGAR, Aug 16: Chief Minister Pema Khandu on Thursday allayed fears of revocation of the special provisions of Article 371 (H) and said the rights it endows are aimed at developing the backward areas of the state.
“I assure the people of my state that the provisions of Article 371 (H) will continue to stay in force, and the same has been categorically assured in the parliament by the Centre,” Khandu said after unfurling the national tricolour on the occasion of Independence Day at Indira Gandhi Park here.