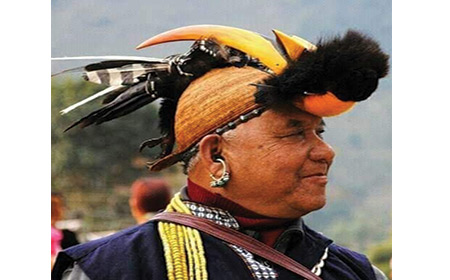 Staff Reporter
ITANAGAR, Sep 4: A prominent elder of the Nyishi community, former ASM and head gaon burah (HGB), Taba Nyer passed away on Wednesday morning at Guwahati after a brief illness.
Born in 1940 at Darya Putung here, he was also a renowned priest and was widely respected.
He was selected as the Anchal Samity Member (ASM) of the Mobw-Darya-Ita Anchal Segment in 1968. He left Jullang village in 1976 and settled in the present day Model village at Naharlagun.
Late Nyer was appointed as gaon burah of the village in 1989. Later, in the year 1991, he was appointed as the HGB of the Capital GB Coordination and held the post till the time of his death.
Meanwhile, condolences have come pouring in on his demise.
The Arunachal Vikas Parishad has expressed its grief over the sudden demise of Nyer and said, “his dedication towards social and religious affairs is remarkable and always will be the source of inspiration.”