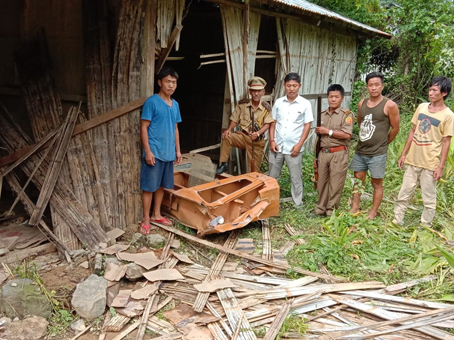 ITANAGAR, Sep 12: A wild elephant reportedly ran amok and destroyed the house of one Gibi Degio in Yangsey village (Bana) in East Kameng district recently.
The elephant reportedly also damaged crops and other plants, besides partially damaging another house in Santipur Colony in New Sopung (Bana).
The Bana-Richukrong Social Development Organisation has written to the DFO in Seppa, seeking immediate measures to prevent human-animal conflict in the area. The organisation said the villagers are now unable to go the jungle to collect their daily needs.
A team of forest officials inspected the damage sites, and the DFO is reported to have written to the PCCF about the incident.