[ Tongam Rina ]
ITANAGAR, Oct 30: Even after National Green Tribunal (NGT) directives to the Arunachal Pradesh government to take appropriate action to stop illegal logging in the state, there are reports of continued logging inside Panior Reserve Forest under Banderdewa Forest Division and in community lands of nearby villages which do not fall under the RF in Papum Pare district. 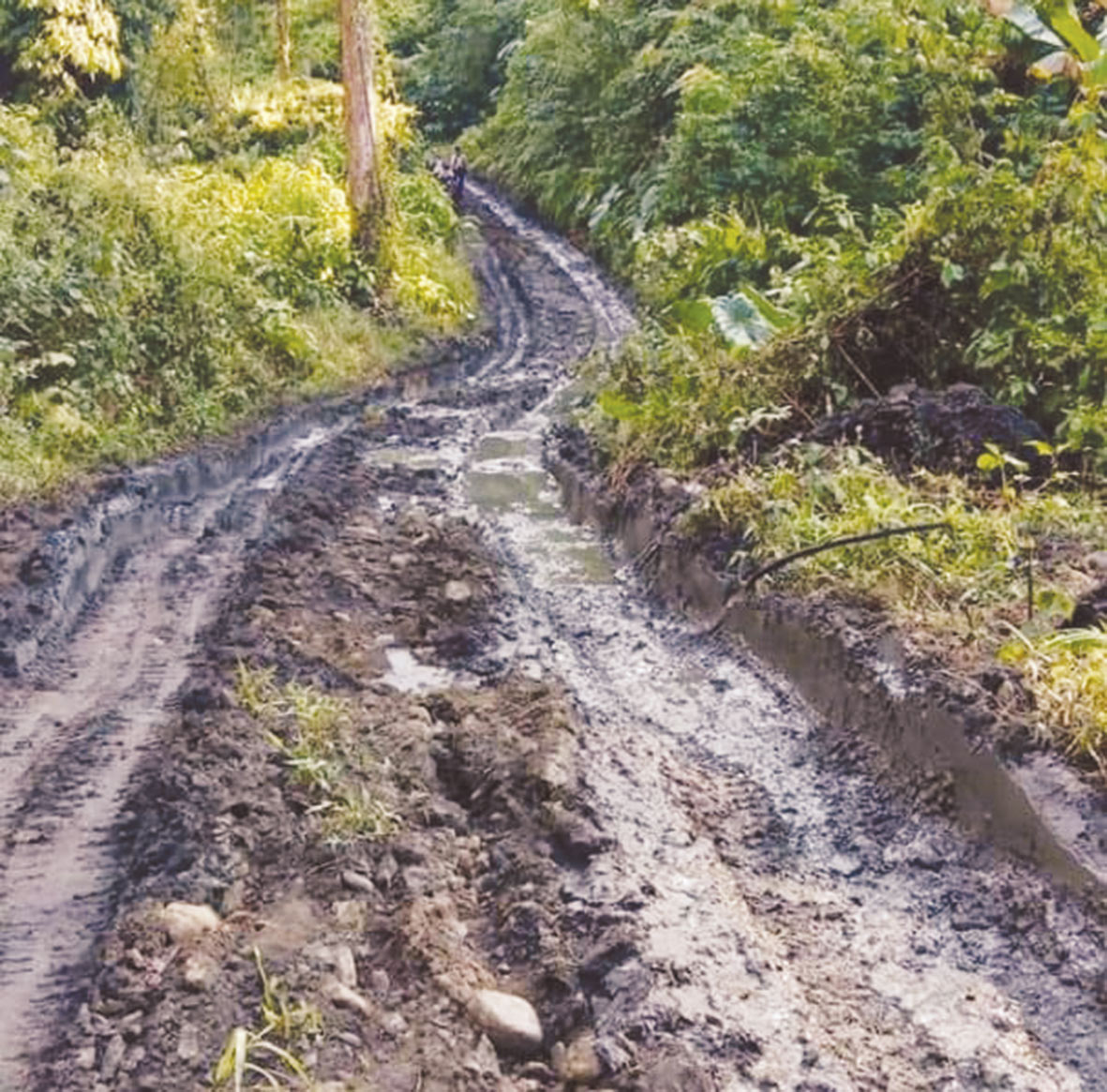 Alarmed by logging inside the reserved forest and in community land as well as forest owned by private individuals, several organizations complained to the district administration.
Taking note, Papum Pare deputy commissioner Pige Ligu had issued a prohibitory order on Sept 20 this year against illegal timber operation and other forest violations.
The order mentions Totup Happa, Purna Putu, Sopo Yaha and Kala Pahar areas.
But the order has gone unheeded as logging continues, allegedly with the tacit approval of the forest department, particularly Banderdewa forest division.
Currently, forest near Sele village under Kimin circle is reported to be the hub of the logging being carried out by private individuals.
Video evidence says that Tana Pinji is one of the timber operators in Sele village. The village has a route specifically meant for transportation of logs.
In all the logging areas, sophisticated equipment’s as well as elephants are being used.
Meanwhile, the Jumi, Komasiki, Cher Green Plus Society (JKCGPS), Kimin has written to the Principle Chief Conservator of Forest, Arunachal Pradesh, seeking ban on logging and shifting of M/S Yan Saw Mill Hawa Camp to Paro in Dollung-mukh stating that Saw Mill is responsible for logging.
Yan Saw Mill is one of the nine saw mills authorized by the govt of Arunachal for lifting of logs from submergence area under Subansiri Hydro electric project in 2006. However, JKCGPS alleges that instead of lifting logs from submergence area, the sawmill draws its raw materials from Panior Reserve Forest in gross violation of Supreme Court order 1992 banning timber operation in the state.
The organization says department did not act even though video evidence of unmarked logs, chopping of fresh trees, illegal construction of roads inside the Panior Reserve Forest were submitted.
Following the representation to the local MLA, the forest department did a cursory investigation.
The organization says, the investigation did not reflect the ground realities as it was a departmental investigation.
The organization alleges that trees are being felled in Bumchi Bumte, Lower Sher villages which fall under Panior Reserve Forest for the saw mill.
It says that logs have no markers, as is the case with authorized logging by the forest department.
The forest department did not respond to queries from this daily.
Insiders say that rampant logging is possible because the forest department officials make money out of illegal logging.
The organization has sought high-level departmental enquiry into the anomalies unearthed or handover the case to SIT for impartial enquiry.
Meanwhile, the local MLA Tana Hali Tara has written to the PCCF for action based on complaint filed by the JKCGPS.
He endorsed the shifting of Yan Saw Mill from Lower Sher Industrial Estate to Dollungmukh Industrial Estate.
The Yan Saw mill is registered in the name of Tadak Gab of Dollungmukh and taken on lease by Taba Bab of Lichi village.
Another saw mill that operates in the area is owned by Likha Saaya but leased to one Tana Taga @ Tana Hagia.
In Sept this year, based on a complaint filed by Jorjo Tana Tara regarding the illegal logging being carried out in Papum forest under the Khellong forest division, NGT had directed the state to take appropriate action to identify the “hotspots” where illegal felling of trees and deforestation are taking place.
The NGT had directed the government to constitute a high-level committee headed by the chief secretary to put into action the direction of the tribunal.