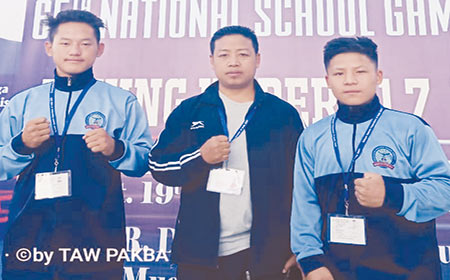 AIZAWL, Nov 21: Huri John (52 kg) from Arunachal Pradesh stormed into the final, but his teammate Taw Pakba (63 kg) settled for a bronze on the penultimate day of the 65th National School Games Boxing (Boys U-17) here in Mizoram on Thursday.
John defeated his opponent from Manipur 5-0 to advance to the final, but Pakba lost a 3-2 split decision to his rival from Chandigarh in the semifinal.
John will be up against a pugilist from the host state in the final on Friday.
Both Pakba and John have qualified for the Khelo India Youth Games to be held in Guwahati, Assam, informed team coach Nangram Roman.