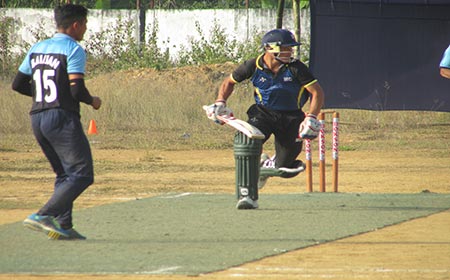 RONO HILLS, Dec 22: Balijan defeated Mengio by 23 runs in the third day’s match of the Papum Pare District Cricket Tournament, played at the Rajiv Gandhi University playground here on Sunday.
Balijan set a 184-run target for Mengio to chase, and Mengio was bundled out for 160 runs in 28.4 overs, informed Papum Pare District Cricket Association president Daniel Teli.
On Saturday, Naharlagun beat Leporiang by 25 runs.
Batting first, Naharlagun scored 129 from the 50 overs. Leporiang were all out for 109 in 27.4 overs.
The inaugural match was played between Itanagar and Toru on 20 December, which Itanagar won by 104 runs.
The Toru team was bowled out for 157 runs in the 32nd over.