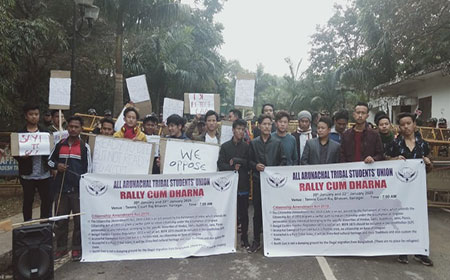 Members of the All Arunachal Tribal Students’ Union took out a protest rally from IG Park to Raj Bhavan area in Itanagar on Monday against the Citizenship Amendment Act, and demanded inclusion of the Bengal Eastern Frontier Regulation in the Indian constitution. The union said it will stage a sit-in protest on 22 January over the same issue.