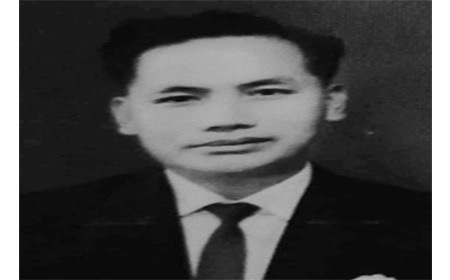 ITANAGAR, Jan 31: Matin Dai, retired chief secretary of Arunachal, passed away in Itanagar on 31 January. He was 85 years old.
Dai was the first Arunachalee to become a chief secretary. Born in Balek village, near Pasighat, he matriculated from Sadiya in 1952. Later he did his bachelor of arts from St Edmund’s College, Shillong.
He joined government service as base superintendent in 1956, and was later inducted to the Indian Frontier Administrative Service.
He served in various parts of the state, including as the deputy commissioner of Bomdila.
He also served as secretary and commissioner of the state before becoming the chief secretary of Arunachal in 1988. He retired in 1991.
Dai leaves behind his daughter, eminent writer Mamang Dai, and sons Ojing Dai and Otem Dai.
The last rites will be held on 2 February.
The Arunachal Pradesh Union of Working Journalists and the Arunachal Press Club have expressed deep shock and sorrow over Dai’s demise. The press community on Friday expressed heartfelt condolences to the bereaved family and prayed for eternal peace of the departed soul.
The East Kameng Social Welfare & Cultural Organisation also mourned Dai’s demise, and described him as a true legend who dedicated his entire life to the state’s bureaucracy.