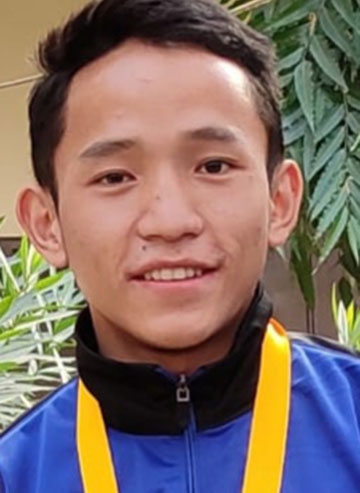 Staff Reporter
ITANAGAR, Feb 25: Promising boxer from Arunachal, Heli Tana Tara, is assured of a medal in the Khelo India University Games underway in Bhubaneshwar, Odisha, after reaching the semifinals of the men’s boxing competition.
He defeated his opponent from Lovely Professional University, Punjab, in the below 49 kg quarterfinal match on Tuesday. He won the bout 4-1.
Another boxer from Arunachal, Karling Dena, will be in action on Wednesday.
Tara had won a gold in the recently held All India Inter-varsity Boxing Championship in Uttar Pradesh. He was adjudged the best of the championship in the men’s category.
He had also won a gold medal in the BFI North East Zone Boxing Championship, which was held in Assam’s Chirang district from 3 to 6 January.
A BA second year student of DNGC, Tara is a product of the Ganga Boxing Club.