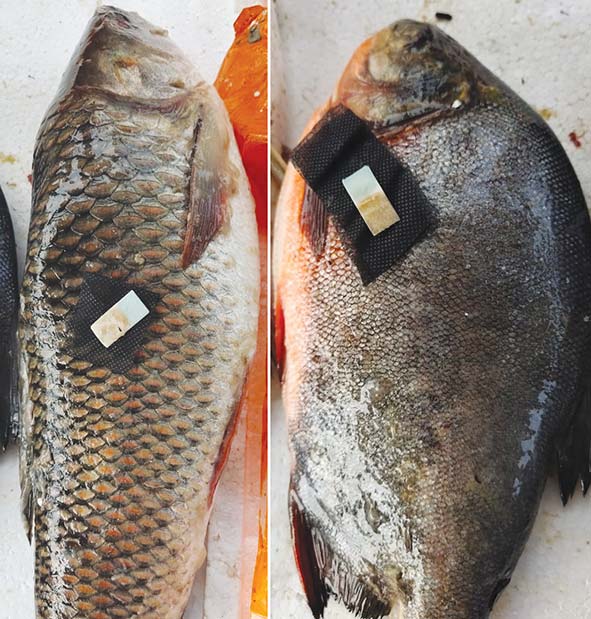 BASAR, Feb 25: The presence of toxic formalin (formaldehyde) has been detected in fish samples collected from the markets here in Leparada district.
The tests were conducted using formalin detection kits approved by the health department.
All the fishes, including Rohu and Pangkaj, brought from outside the state for sale at the markets here were found laced with formalin during the test.
The samples were collected during a checking conducted by a team of officials led by DMO and District Food Safety Officer, Dr Karik Basar, at the fish markets in the township.
Town Magistrate Murnya Kakki has issued an executive order prohibiting the sale of fishes laced with chemicals. Earlier, on receiving the information, the town magistrate is reported to have conducted the same test, and all the fishes tested positive for formalin.
Action will be taken against violators as per the law. (DIPRO)