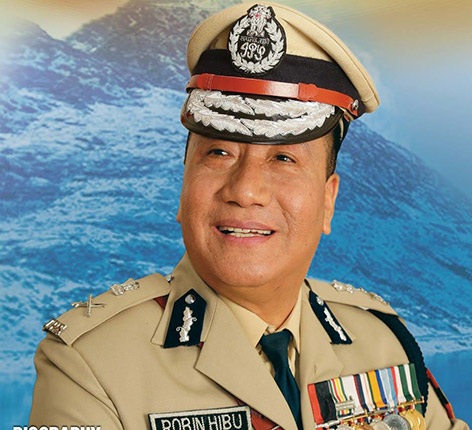 [ Robin Hibu ]
After timely declaration of the APCS results, there is a sigh of relief for those who cracked it. They will be joining the backbone of micro-level administration in Arunachal. They will be treading on the illustrious path of immortal APCS officers who left indelible imprints through their contributions in the remotest parts of Arunachal, be it the footprints of stalwarts like P Langkam, Beelati Pertin, T Taba, K Riram, Onit Panyang or Habung Lampung.
New Arunachal has a plethora of emerging challenges for APCS officers. After all, they run the show at
the micro-level administration and are the pivotal component in the wheel of development and progress of remotest Arunachal, and APCS officers will always be rooted to the ground reality, unlike IAS, IPS and IFS officers, who may never be seen again as most of them come for a few years of ‘hard’ postings in their career. But the APCS officers will be with the poorest Arunachalees, through thick and thin, at the grassroots level for life.
Therefore it is of paramount importance to invest in their holistic, robust training, keeping in view the ubiquitous challenges – remoteness, illiteracy, virulent vigilant unions, too many Herculean challenges in implementing the developmental works at the grassroots, assertions of sons of soils, unchecked migration from ‘remote’ areas to towns, youth assertions in all dimensions, massive degradation of flora and fauna, endemic micro-disasters, regular law and order issues, donning of judicial-cum-magisterial powers by those without a law degree, a plethora of schemes for rural development, and, above all, keeping pace in the cyber world for day-to-day handholding of their area of responsibility.
I vividly recollect how my 1992 APCS (last EACs’) batch officers were bundled off in a jiffy after just a two-week marathon training in a cramped, ramshackle dilapidated training hall at the ATI, Naharlagun, to remote areas as administrators. I was made magistrate first class within one month.
I still remember how I remanded two judicial custody hardened criminals in Jairampur with the help of the judicial head assistant. I had a very uneasy time in discharging the duties – even had to face assault during law and order issues – and it is still fresh in my mind how I, as IGP, and erstwhile home commissioner Tajom Taloh conducted inquiry in Roing where the town magistrate had been beaten up badly, leading to a firing incident by police to save the magistrate.
Again, it painfully reminded me of the need for proper training for these young APCS officers before giving them sensitive jobs of town magistrates or as executive magistrates or BDO charges.
In that inquiry, Tajom Taloh and I had given elaborate recommendations for proper training, including law and order training module, apart from crowd management techniques.

Holistic two-year rigorous training with marks scored (with compulsory pass mark of 70 percent in all subjects during the training) as final seniority on the pattern of LBSNA or NPA, covering the following subjects on Arunachal:
* Culture and history of Arunachal.
* Economy and environment.
* All statutes like NEFA Frontier Acts, and Assam Police manual, as it is being followed in Arunachal.
* Developmental schemes and monitoring mechanism.
* PR system, tribal councils and its implications, etc.
* Basic law on executive power, judicial power, remand and jail system.
* Special module and attachment in police training institute for law and order module.
* Disaster management, relief & rehabilitation strategy.
* Basic office procedure on elections arrangements.
* Leadership training with heavy dose of communication skill/negotiation tactics.
* Computer training with special emphasis on IT for effective monitoring. They should be taught how to use information technology for better monitoring and as force multiplier in administration.
* Training on social media for better interface with the citizens.
* Basic financial rules with special emphasis on personal financial management.
* Self-defence training like karate, etc.
* Field visits to remotest villages, followed by attachments with judicial academy like Delhi. I have spoken to the director of the Delhi Judicial Academy, who is willing to give training for Arunachal.
* Attachment with Assam ATI and police training institutes for better esprit de corps with Assam officials in future.
* Attachments with the Indian Army, the IAF, the ITBP and the SSB for better understanding and coordination in future.
* A Bharat darshan tour and visit and interaction at IAS, IPS, IFS academies for better exposure and team spirit.
I believe the above suggestions for vigorous training for two years will make them well-equipped, people-friendly and empathetic APCS officers, which will strengthen and nourish the micro-level administration in Arunachal. After all, APCS officers are the steel frame of Arunachal administration at the grass roots.
The sooner the better. (Robin, Hibu, IPS, is Special Commissioner of Police, Delhi. The opinions expressed are personal and are based on his experiences as an APCS officer before joining the IPS.)