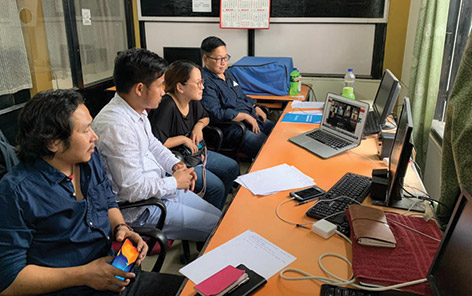 Staff Reporter
ITANAGAR, Jun 27: The Indian Journalists Union (IJU) on Saturday held its national executive council (NEC) meeting online, in view of the Covid-19 pandemic. It was attended by representatives of journalists’ unions of 13 states.
Chairing the virtual meeting, IJU president Geetartha Pathak expressed concern over the repressive approach being adopted by the Uttar Pradesh government towards journalists who are writing critiques against the government.
Pathak sought a report from the UP state journalists’ union on the atrocities being committed against journalists.
Asserting that “the IJU cannot function or even exist without the active involvement of the state unions,” the IJU president exhorted the state units to raise their voice against oppressors, “so that the issues can be pursued by the national team at the national level.”
IJU secretary-general Sabina Inderjit expressed displeasure over the UP state journalists’ union not taking up the issue even after the Yogi Adityanath government targeted the journalists reporting against his government.
“The IJU can function effectively only if the federal units are functioning effectively,” she said, and urged the UP unit to be proactive on the ground.
The participants also discussed the widespread laying off of journalists across the country by media houses, and resolved to write to the prime minister’s office to announce financial packages for the media houses in the country which are genuinely affected by the pandemic.
In many European countries the governments have announced special packages for the media houses, so that the journalists may not lose their jobs.
Participating in the miscellaneous discussion, IJU NEC member from Arunachal, Taya Bagang proposed conducting a “state-to-state exposure tour” when the pandemic situation gets better, in order to offer young journalists an opportunity to learn about the functioning of the union.