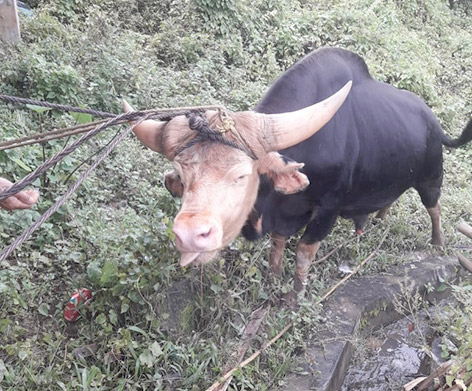 Staff Reporter
ITANAGAR, Jul 7: In an unusual development, the EAC of Tirbin in Leparada district has issued a public notice, informing that an unidentified mithun is in the custody of the residents of Badak village since Sunday.
Reportedly, the mithun had been damaging agriculture and horticulture crops of the villagers of Kardo for the last four years.
“Message has been conveyed from their (the villagers) end on several occasions but no person has turned up to claim ownership of the mithun till date,” the circular read.
The EAC, T Ronya, said that if no one turns up to claim the mithun within 15 days, the mithun will be auctioned off as a stray animal.