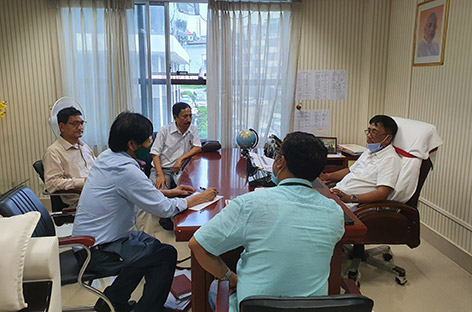 “The state was able to meet the eligibility criteria after various webinars and perseverance of state government officials,” Taki informed during a meeting with officers of the agriculture and allied departments at his office here on Monday.

Earlier, Arunachal had not found its place as an eligible cluster for availing subsidies for storage and transportation. Taki expressed appreciation for union Agriculture & Farmers’ Welfare Minister Narendra Singh Tomar for carrying forward the recommendations of Arunachal during their interaction through a webinar on 10 June.

As per the scheme, buyers and local traders and entrepreneurs will be eligible to avail transportation and storage subsidies.

Buyers who wish to buy agricultural and horticultural produces from Arunachal can avail 50 percent transport subsidy and 50 percent storage, including cold storage, subsidy under ‘Operation Greens’.

For details, buyers may contact the state agriculture marketing board.

Under this scheme, a minimum of two FPOs have to be constituted in each block of the state, with a minimum of 100 farmers/members per FPO.

“This scheme will provide a push to the rural economy of the state in the next three to five years, and the scheme has immense opportunity for employment generation for educated youths in agriculture and allied sectors, and also unemployed graduates of the state,” Taki said.

It was also informed that graduates in agriculture and allied subjects would have the opportunity to obtain gainful employment by becoming chief executive officers (CEO) of FPOs under the scheme “as the honorarium of a CEO is provided in the scheme.”

“Other skillful unemployed youths can generate their livelihood by becoming accountants of FPOs under this scheme. Hence, apart from creating ample employment opportunity, this scheme will boost the rural economy of the state by collective cultivation, value addition and marketing of FPOs’ produce in the state,” the minister said.