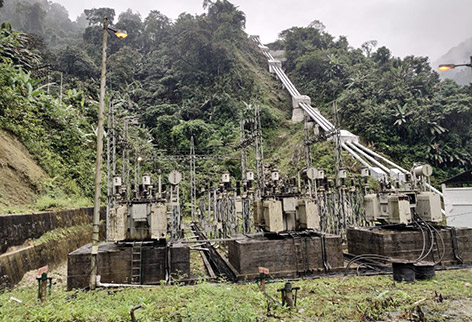 JANBO, Aug 16: Deputy Chief Minister Chowna Mein, who is also the minister-in-charge of power and non-conventional energy resources, dedicated one unit of the 3×1.5 (4.5) mw Angong Nallah small hydroelectric project (SHP) here in Upper Siang district to the people of the state on Saturday.

The DCM said that the SHP would meet the electricity demand of the entire district “and will bring more border villages into electrification.”

“It will also meet the future power demand of the district that may arise due to increase in households and business and industrial establishments,” he said.

Mein said that, when the remaining two units of the SHP are established, there would be

surplus production of power in the district, “which will be shared to other parts of the state.”

He commended the hydropower development department’s eastern zone chief engineer and all the officers and officials of the Geku hydropower division for their tireless efforts and hard work despite the Covid-19 pandemic. The DCM also commended the planning department “for continuous monitoring of the project to its successful implementation.” (DCM’s PR Cell)