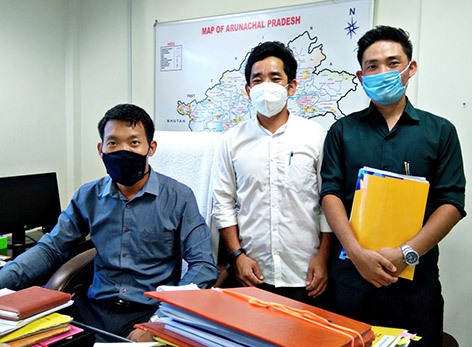 ITANAGAR, Aug 19: A few government schools in Papum Pare district are allegedly not complying with the government order of 30 July pertaining to the admission fee fixed by the state government even after the Papum Pare deputy director of school education (DDSE) issued a notification to the school authorities.

On 11 August, the DDSE issued a notification to all heads of government schools of Papum Pare district “not to charge beyond the fixed school fee” as notified by the state government.

The DDSE had also issued directions to refund the excess amount to the students/ parents.

While the complainants informed the additional education secretary that some schools are complying with the order, they sought rectification in the school fees and disciplinary action on school heads violating the 30 July notification.

The complainants alleged that the school heads are yet to comply with the order of the DDSE and “school authorities have flatly refused to refund the excess fees charged.”

“It is surprising to know that some of the higher secondary, secondary schools and girls residential schools of Papum Pare district are charging exorbitant school admission fees from the poor students and from their parents, which is completely in violation of the clear standing order of 30 July for the tentative academies session,” the duo said.