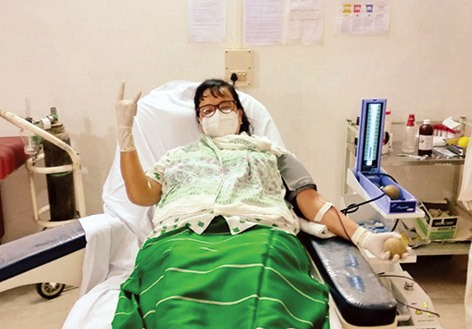 She donates blood voluntarily after every three months. On Saturday, she donated a unit of A+ blood to a man from Yagrung village.

AYANG conducts blood donation camps regularly, and has saved around 500 lives so far. The then CM, Nabam Tuki had felicitated Taloh with certificates on behalf of the APSACS and the Federation of Blood Donor Organizations of India as a token of appreciation for her noble service.

She has also received a ‘prominent blood donor’ award from the West Bengal government.